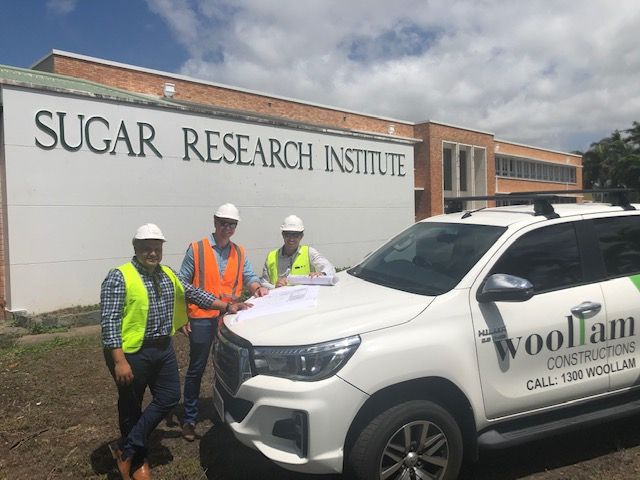 The company took possession of the site on Monday 21 September 2020 with Stage 1 of the college due for completion in readiness for the first cohort of students to commence the 2022 school year.

Catholic Education Diocesan Director Leesa Jeffcoat said after months of research, planning and preparation it was exciting to see the project start to be realised. " In this year of such upheaval and uncertainty, it is very pleasing to have building commence on the new college, signifying Catholic Education's commitment to serving families in the Mackay region," Miss Jeffcoat said.

"We are excited to partner with Woollam Construction, a highly respected family owned Queensland company who have been operating in Mackay since 1958," Miss Jeffcoat said.  " We are supremely confident in Woollam's expertise and capability in regard to working with buildings and surrounds of such historical significance," Miss Jeffcoat said.

Local architect Stewart Bagley (Architect / Director Bold Architects and Interiors Mackay) provided designs for the new college which incorporate links to the historical use of the site. In Stewart's designs, so creatively and sensitively produced, it is clear to see the links to the Sugar Research Institute Building being reflected and maintained.

"The people who worked here for so many years with such commitment and dedication and the community that benefited from their work deserve for that link to the past to be captured and enshrined in the college that will stand here into the future," Miss Jeffcoat said.

The designs include upgrading one of the original first floor laboratories in the iconic Karl Langer building to be retained for continued use as a science lab at the new college.

The proposed masterplan for the college will see construction over four stages as enrolment demand is realised with the college catering for year 7 in 2022 and progressively increasing year levels to cater for Years 7 to 12 in 2027.

"The new Catholic College will significantly complement the existing options for families who choose a Catholic Education for their children and its construction is a positive response to the growing demand for Catholic schooling and the ongoing development of the Mackay region," Miss Jeffcoat said.